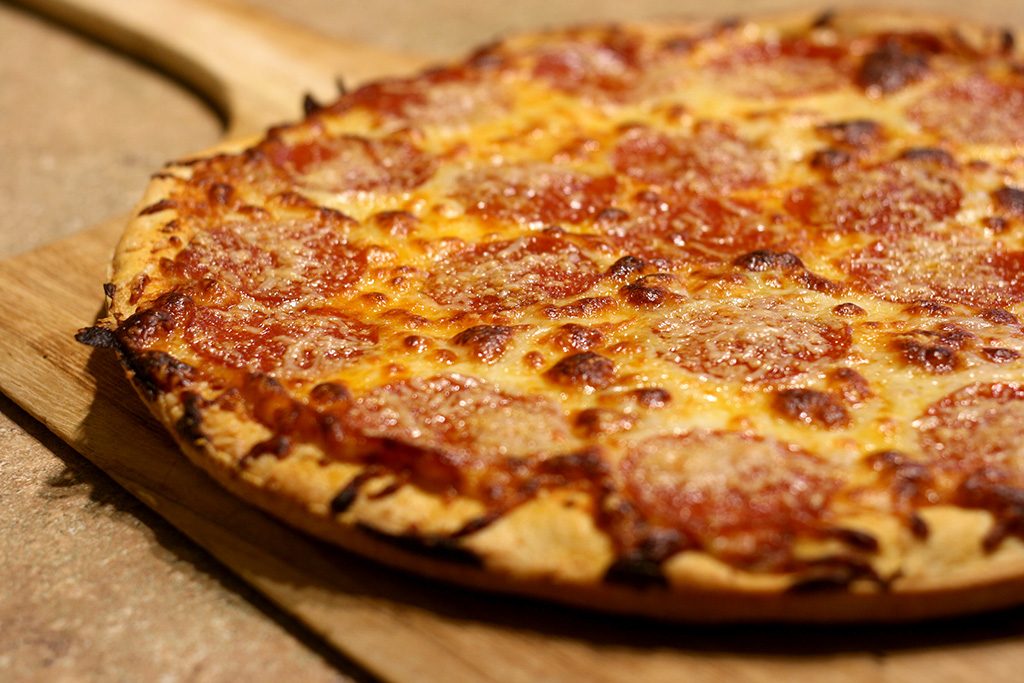 We eat a lot of pizza at my house. Probably too much pizza, but I’m really good at making this dough. Even my six year old can make this dough by himself. I know all of you are able to make this recipe. It’s easy and not scary. Some people don’t like to make doughs that have to rise, but trust me, this is simple. If you have a stand mixer, it’s even easier. 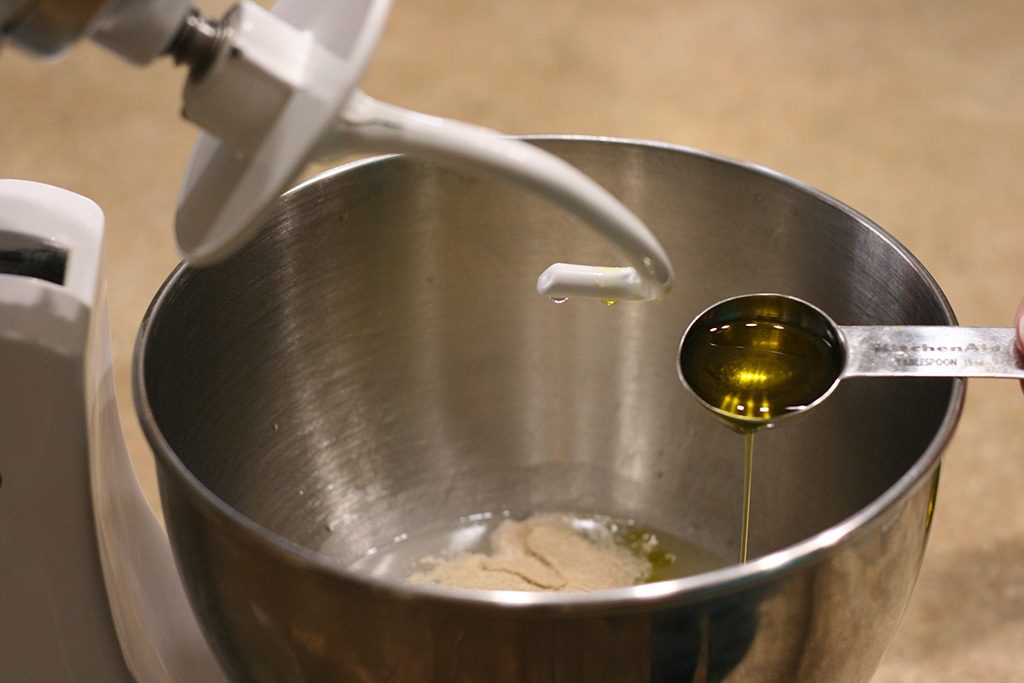 We make pepperoni pizza most often because it’s easy and the kids like it. Sometimes we will get fancy and have sausage or bacon for toppings. There is the classic ham and pineapple. I wonder if people in Hawaii call it a Hawaiian pizza there? Is it just pizza? Or possibly it has nothing to do with Hawaii. Do you like ham and pineapple on your pizza? 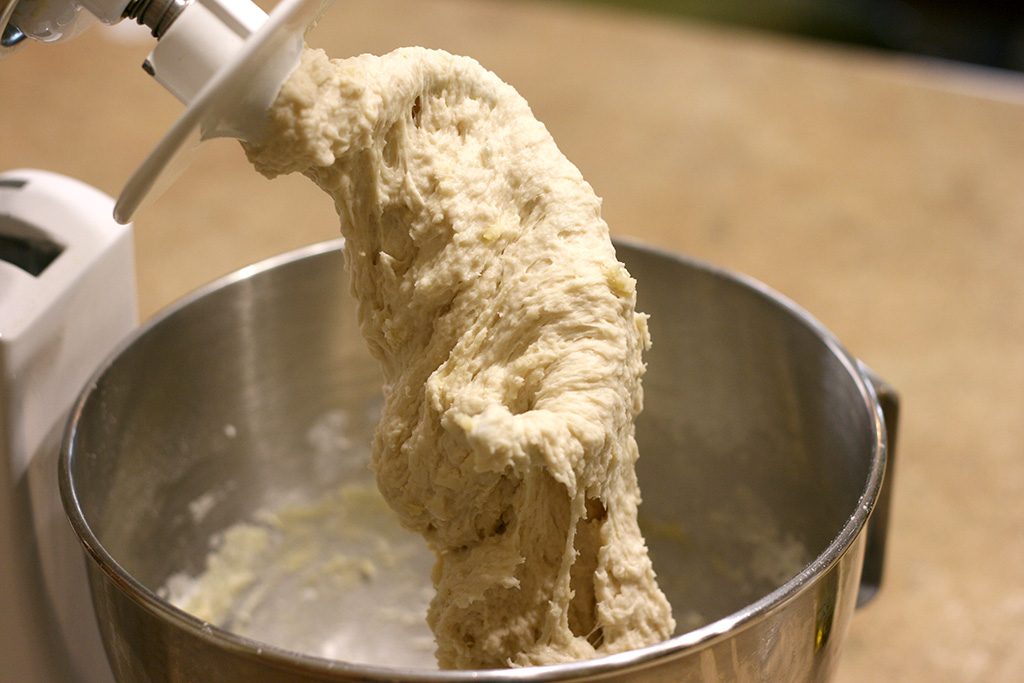 I’m adding these pictures for those of you that have no idea how much flour is the right amount to add. The picture above is not enough flour. It fell off the dough hook after a few seconds. The dough in the picture below has enough flour that it won’t stick to my hands and make a mess. It had formed itself into a ball of dough while mixing. 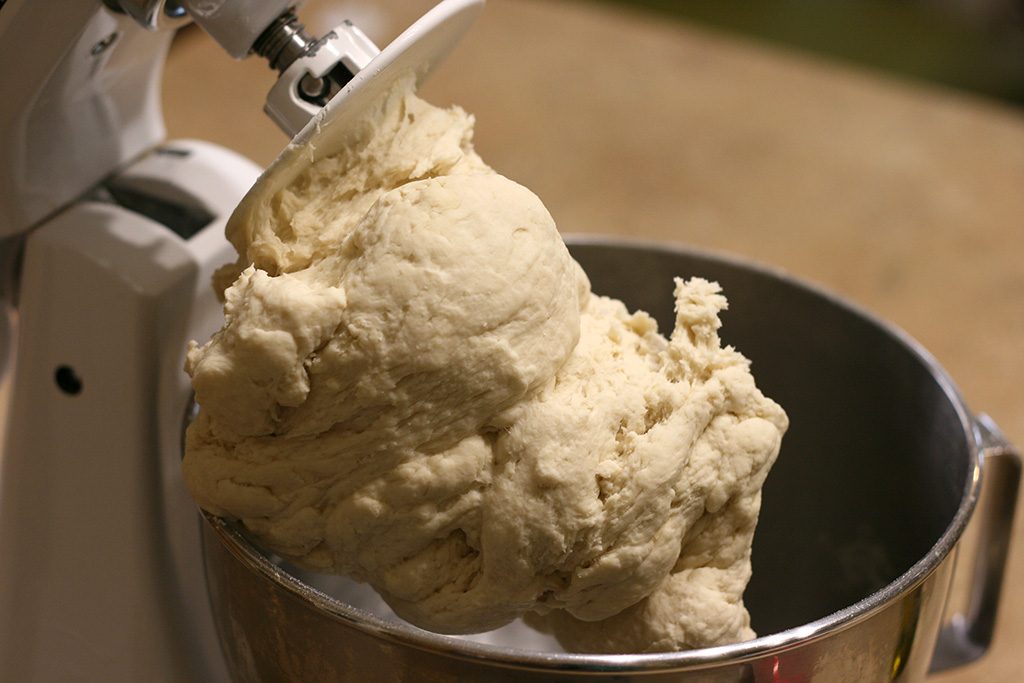 Let them rise until they get nice and big. Just forget about them for an hour or more. 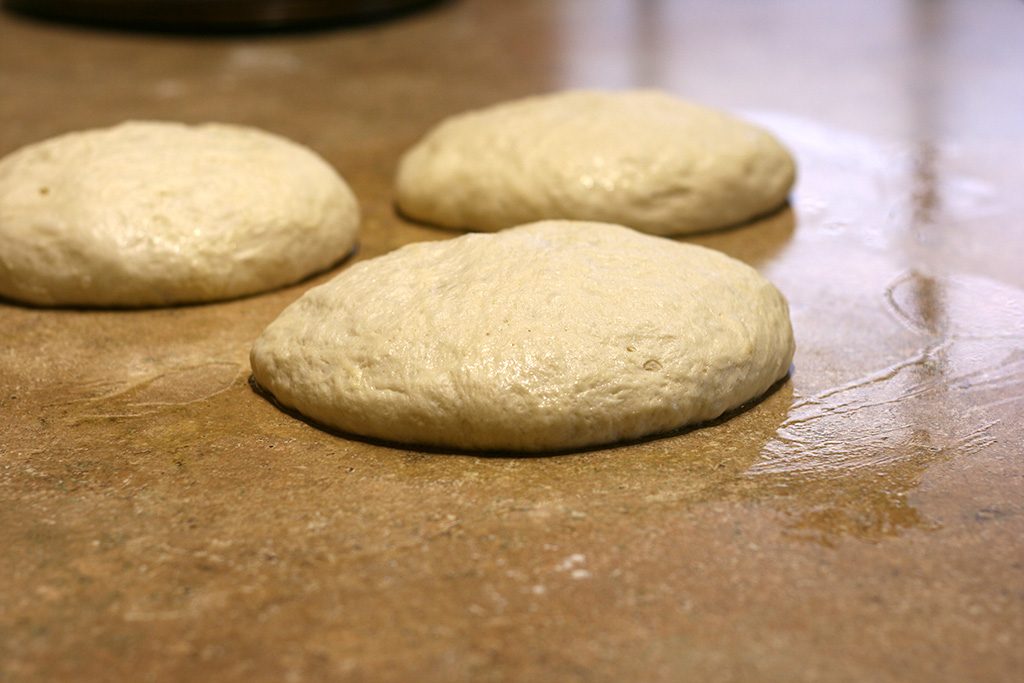 The easiest way to make the dough into a pizza shape is to press it down on an oiled counter. Just keep pressing until it’s evenly flat and big enough for your pan. 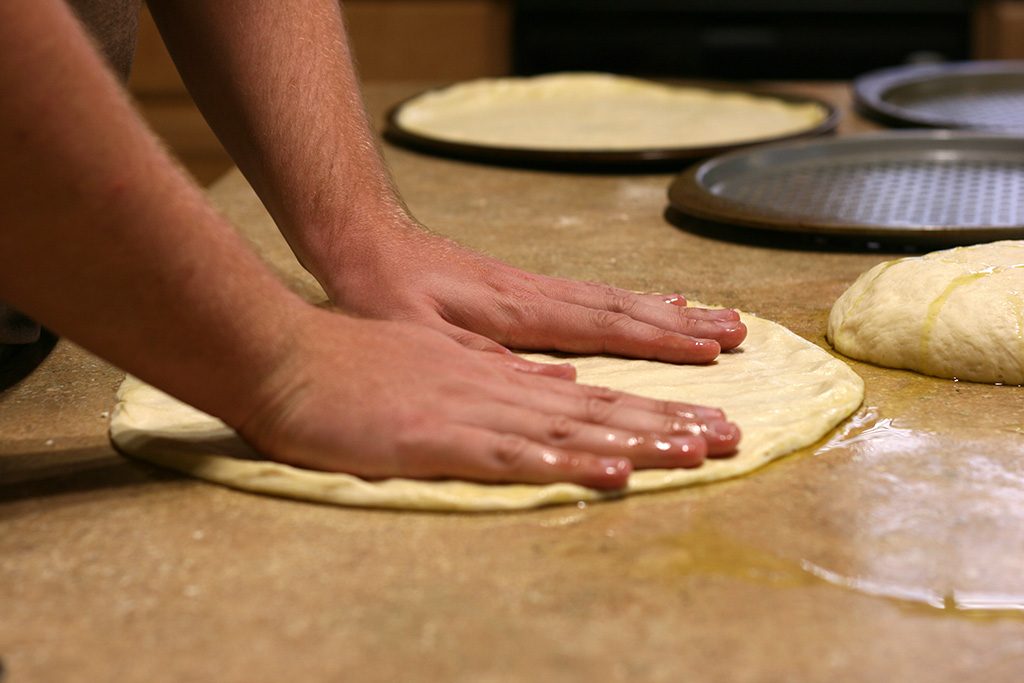 In the bowl of a stand mixer, add water, sugar, salt, yeast, and oil. Mix on low for about a minute.

Add 3 cups flour, mixing on the lowest speed until combined. Add another cup of flour and mix.

Add just enough of the last cup of flour to make the dough not very sticky anymore. It should come together in a nice ball and you should be able to touch it without the dough sticking all over your hands.

Divide the dough into three even balls. I like to use a kitchen scale to get them even, but you can eyeball it if you don’t have a scale.

Oil your counter and place the dough balls far enough apart that they have room to rise. Lightly oil the tops of the dough balls and cover very lightly with plastic wrap and let rise until doubled in size, about an hour or so.

Spray 3 pizza pans with nonstick cooking spray. Flatten the risen dough balls into circles that fit on your pizza pans. Top with sauce, cheese, and your favorite toppings. Bake for 12 minutes total. 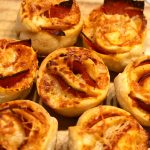