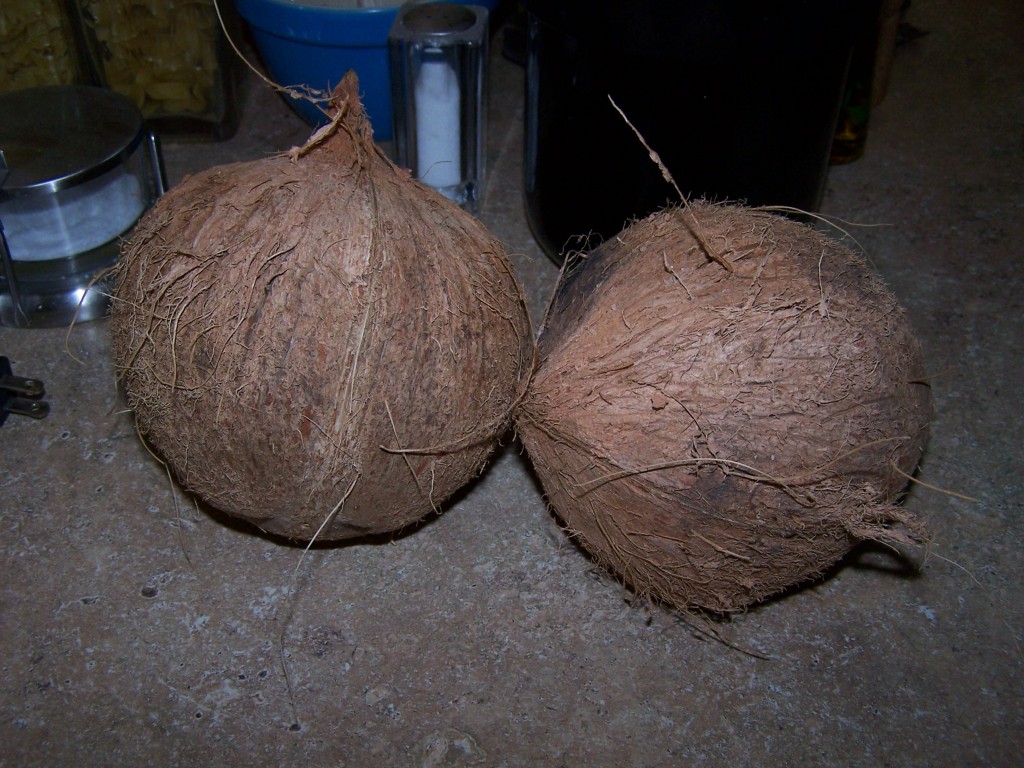 Coconuts…the most dangerous fruit I’ve encountered.  I had three coconuts and no idea what to do with them or even how to get in them.  Off to search the internet to learn how to open them up.  I found a website that claims be the easy way to open a coconut.  Here is a link to that website so you can see the video:  How To Open A Coconut.  Seems simple, right??  Right, so beat it with a meat cleaver and there you have it!  We didn’t have a meat cleaver and we didn’t feel safe using any sharp object to whack it with, so Robbie found some thick piece of aluminum in the garage that worked well…he calls it “The Coconut Katana” now. 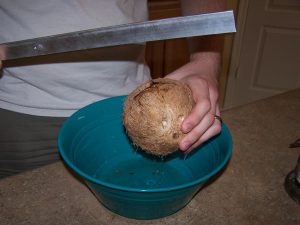 This is a picture of me contemplating how I am possibly going to hit this hard enough to open it.  I wasn’t quite strong enough to get it open, so Robbie had to open all three for me. 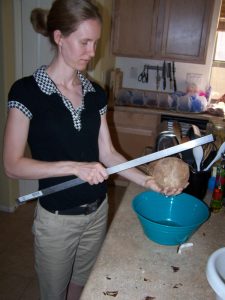 The third coconut opened beautifully.  Remember to catch your coconut water in a bowl! 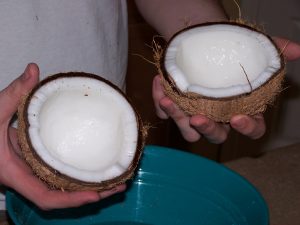 That actually was the easy part.  Then you have to break it into smaller pieces and somehow get the meat out.  It was hard work and very messy.  I will never open three coconuts at the same time ever again. 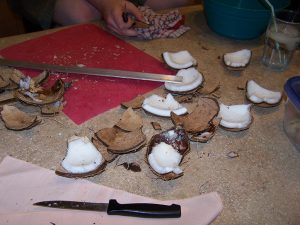 So finally we have (after an hour) opened three coconuts, collected the water, and separated the meat from the shell.  There were chunks of shell flying all over the kitchen.  Thankfully Chloe was napping and didn’t get hit with any.  I felt like I should have been wearing protective goggles!  …note to self:  get goggles for next time we crack open coconuts… 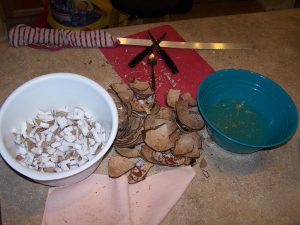 The next step is to shred the coconut and strain the water.  After I strained the water, I just stuck it in the fridge for later use.  For shredding the meat: the website that I referenced above says to use a cheese grater or a coconut scraper…whatever that is.  By this point we were a little tired of looking at coconut, so I stuck it in the food processor as per this website’s instructions.  I had to process it in about 4 batches because of the mass quantity of coconut I had, but here is the final product. 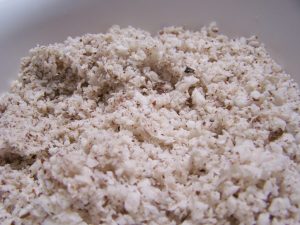 Now to actually make something with all this coconut.  By the way, three good sized coconuts makes 10 cups of shredded meat and 3 cups of coconut water.
There you have it!
Please follow and like us: 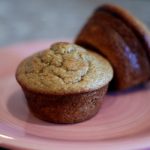 5 thoughts on “Intro to Coconuts”