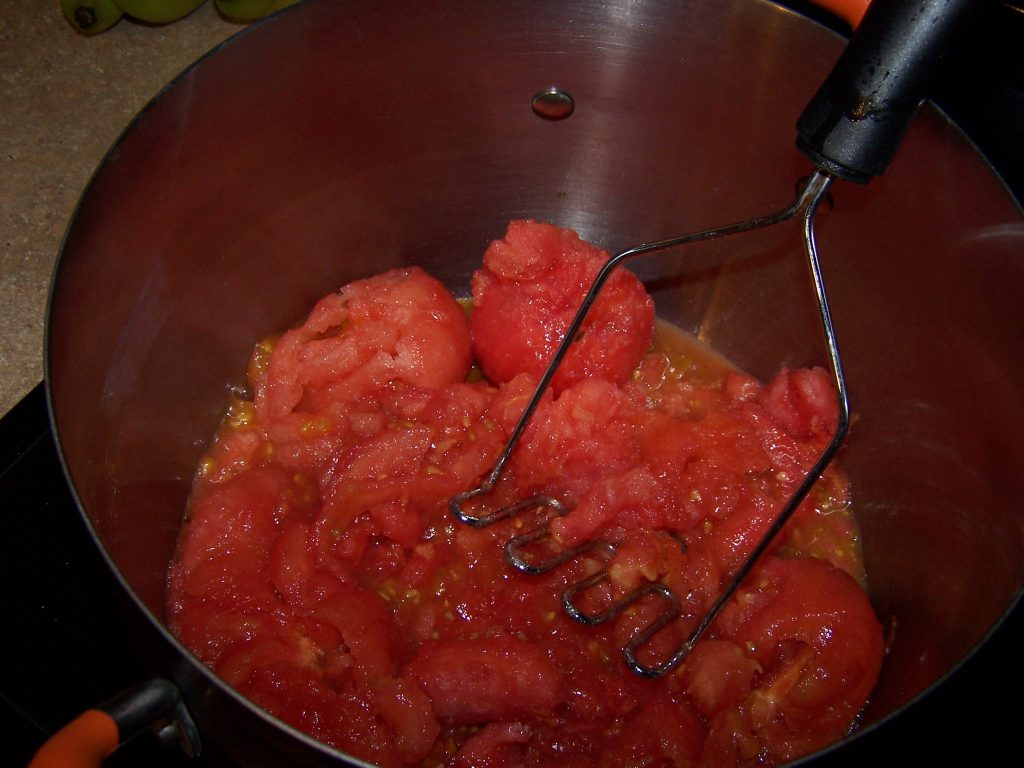 Recently we have been getting a lot of tomatoes in our Bountiful Baskets, but we don’t typically eat a lot of raw tomatoes.  So, I decided to make my own crushed tomatoes with them.  This is the second time I’ve done this with the tomatoes and it’s worked out really well.

Empty the large pot and place it back on the stove over medium heat.  Put the peeled tomatoes in the empty pot and crush with a potato masher.  Add the Italian seasonings.  Cook for 10-15 minutes, stirring occasionally.

Use right away, freeze in zip top bags or can the crushed tomatoes.

Whole Chicken in the Crock Pot 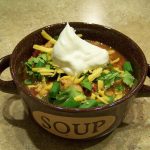